The world of sport is continually evolving.  And, the use of technology is just one aspect that’s had an enormous impact on the way we spectate, play and experience the modern sport. The advancements of technology use in the sport over the last 200 years have not only changed professional sport dramatically, but it has also impacted sports at the grassroots level. Junior netball might not have the action replays and GPS tracking technology that is used by the pros. However, the improvements made in electronic apps, clothing apparel and online information sources, are all examples of how technology is helping junior players in becoming the next generation of Australian Netballer’s!

Let’s discuss some examples of technology use in netball, and how it impacts the sport!

Technology Use In Netball

When we think of the word ‘technology’, our brains will usually imagine electronic advancements and its applications. However, the improvements made to clothing apparel in netball over the last century has been 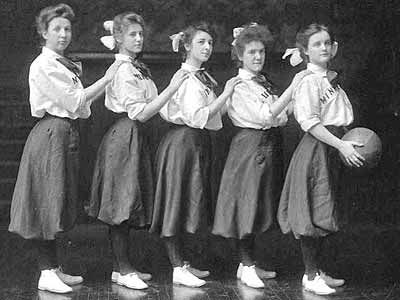 revolutionary from an invention standpoint! Did you know that in the early 1900’s netball players would wear everyday sand-shoes (flat-shoes) to play the game?! Just think of the impact that would have had on the players’ feet! The first ‘netball shoes’ were introduced during the 1960’s when the game of netball was moved to be played indoors. These shoes added an upper and white sole, like the picture shown. It wasn’t until the 1970’s that the design of netball shoes began to focus on injury prevention. The increasing popularity of the game of netball and shoe companies influenced the evolution of netball shoes. The intention was to better protect the players and increase their on-court playing performance.

Netball is a high-impact sport that requires rapid acceleration and deceleration, sudden and sharp changes in direction, immediate stops, high-impact jumps and ongoing balance and stability. Because of this, netballer’s are at a high risk of injury.  Particularly to the knees, ankles and lower bodies. Today’s netball shoes are engineered with heel counters, gel layers and stability straps to help prevent these injuries to modern players.

So…How Does This Affect Junior Netball?

Although injuries are generally unavoidable in sport, younger players today have the freedom to play netball with the most advanced netball shoes in the history of the game. As mentioned above, the shoes are specifically designed to minimize the impact of stress upon the feet, knees and joints. This will ultimately help keep players safe and injury-free for longer in their playing careers. 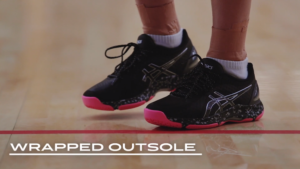 Fewer injuries obviously offer many benefits. For example, the skill development of junior players is less interrupted. Instead of sitting out on the sidelines with an injury, players are now active for longer! Additionally, this will enhance the enjoyment for juniors of playing netball itself! Which all leads to more opportunity to develop into the next generation of professional netballer’s! Watch the video to learn about the scientific innovations that are designed within modern-day Netball Shoes Technology!

The number of internet users worldwide in 2019 is 4.388 billion, up 9.1% year-on-year! (Smart Insights 2019, para 4). The takeover of social media use and the reliability on search engines, like Google, have made information-sourcing the easiest and most diverse it has ever been in the worlds’ history! Think of the number of times you have searched things on google today. How often did you find exactly what you were looking for? Were you able to use the knowledge to better yourself? Perhaps it was a new recipe you’ve been wanting to try, or learn that the Sun is 149.6 million km from the Earth! (it is by the way!) 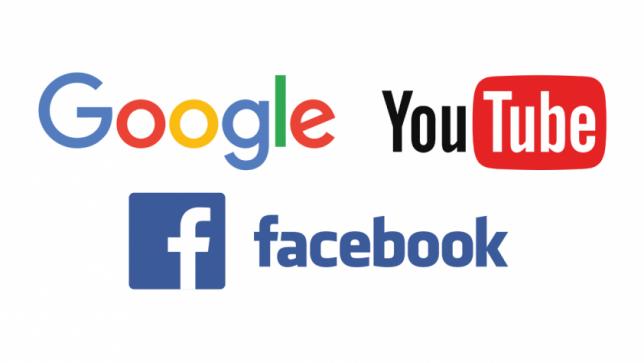 New ideas and new information have never been easier to attain within the modern world! So, how could this technology affect junior netball? One prime example is the way we use sites such as YouTube, Google and Facebook when training or coaching, to find new ways to support our skills development. For example, when we want to practice shooting form, Google and YouTube provide not only visual aids on the topic but also offers a step-by-step tutorial on proper technique. Today’s Netball junior players have exclusive historical access to professional-level coaching and guidance, even when they are not practising with teammates or within a team environment! Players’ in the 1990’s didn’t even have anywhere near the same level of technological access to information at their disposal! And that is less than 30 years ago! This technological advancement assists modern junior players in not-only correcting weaker aspects of their skills, but further developing their strengths and providing direction for how they can reach their full potential!

In parallel with the advancements of the internet, are the technological improvements made to mobile apps. By logging in to your app store on your phone, you have access to numerous health and fitness apps! All to better your sporting development! Apps such as “NETFIT Netball”, “Sportplan”, and “MyNetball” are all examples of current popular apps that are available for free! These apps provide coaching videos, video library’s for technique improvement, and even nutrition plans! 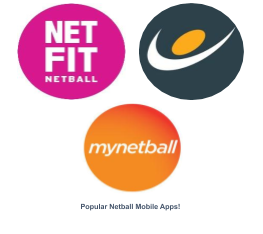 For junior netballer’s, apps such as these can be very beneficial for skill development! These apps mirror the benefits of search engines, allowing you to have ready access to new information at your fingertips! However, mobile apps have the added benefit of being more personalised & readily available for use. “NETFIT Netball” for example, allows the user to create a user profile. This profile lets you store drills, videos and reading the material, to cater  specifically to you! This offers many benefits for junior players as they have instant access to a cost-effective, convenient and personalised information source! Not only do junior players have access to this information, but the coaches of junior netball teams do as well! The development of professional coaching plans can assist coaches in their delivery of structured and fun coaching programs! Which will hopefully provide junior players with positive playing experience, enhancing their enjoyment of the game, and enjoyment is always the main purpose of sport, win, lose or draw.

We hope that you enjoyed this article.

At Australian Sports Camps, our goal is to provide skill-improvement camps, with structure, where participants have fun whilst developing a deeper love and enthusiasm for their chosen sport. Our school holiday camps also use technology to offer video analysis during training! Your child can visually see their personal strengths and areas for improvement in their game! Whilst receiving tips and guidance from our professional coaches! Sign them up for a sporting camp today! Additionally, to find out more about us, please see http://australiansportscamps.com.au/about-asc/.