How To Get Kids Into Playing Futsal

Getting kids into playing Futsal, or ‘‘indoor soccer’’, as it’s commonly called in Australia, lets them join a fun, fast-paced and exciting small-sided soccer game.  It originated in South America.  Moreover, Futsal is the only indoor soccer game officially recognised by both the UEFA and FIFA.  Accordingly, it has become increasingly popular in Australia since it was first introduced here in 1971.  Also, nationwide, there are currently 18,000 registered Futsal players and 120,000 social competitors.  That’s why more and more parents choosing to get their kids into playing Futsal.  So, if you’re one of those many parents, in this article, we go over how Futsal is played.  Plus, the benefits for children in playing this sport. 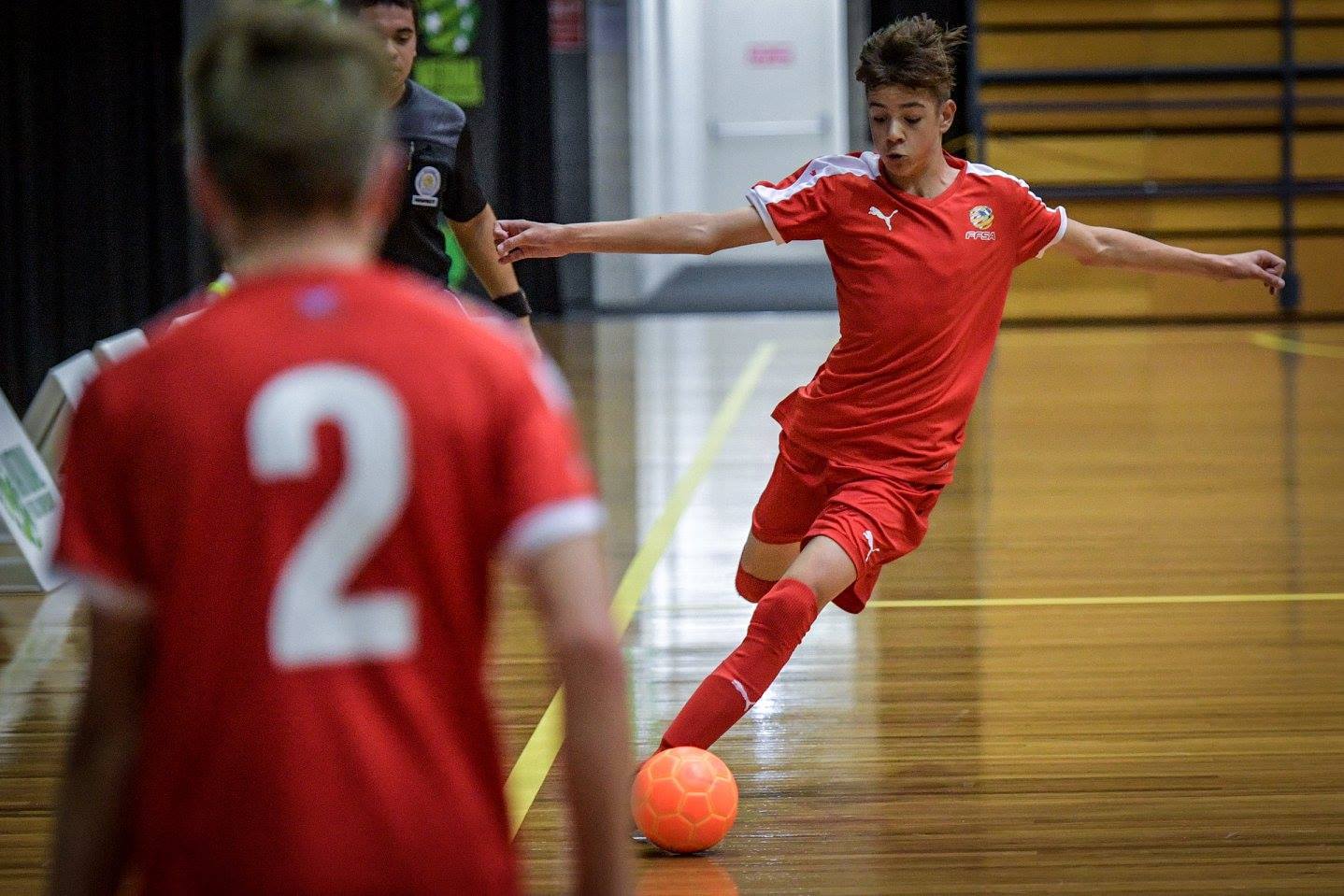 GETTING YOUR KIDS INTO PLAYING FUTSAL

Getting kids into playing Futsal is a sporting activity well worth parents considering.  However, how do you play Futsal?  Firstly, you play it  indoors on a hard surface, the size of a basketball court.  Plus, there is a 4 foot-long and 3 foot-wide goal at either end.  Each team has only five players, including the goalkeeper.  Also, they play with a smaller ball (Futsal ball) that is heavier and has less bounce than a regular soccer ball.

As with soccer, the objective of Futsal is for players to score points by advancing the ball up the field with their feet.  Subsequently kicking or heading the ball into the goal.  Futsal is made up of two 20-minute halves and the team with the most goals at the end of the game wins.  However, if the score is tied, extra time is added, and the first team to score wins.  Also, a kick-off from the centre circle takes place at the beginning of each half, and after a goal is scored.

Moreover, like soccer, the primary rule is that players other than the goalkeeper cannot touch the ball with their hands or arms.  However, players can use any other part of their body to dribble, pass, or shoot the ball.  So, if the ball goes over the goal-line or touch-line, or hits the ceiling, the ball is out of play and play is then restarted with a kick-in from the opponents of the team that last touched the ball.  Furthermore, a goal cannot be scored on a kick-in. Futsal is a fast-paced game.  So, there’s a four-second time limit placed on all set plays (corners, free kicks, etc.).  Plus, it restricts goalkeepers to four seconds on the ball in his/her own half of the field of play. Lastly, the sport doesn’t allow tackling and slide tackles are only allowed by the goalkeeper.  Also, they must be kept within the confines of their own penalty area.  Sliding feet-first toward an opponent is considered dangerous play and is not allowed.  There is also no offside in Futsal. 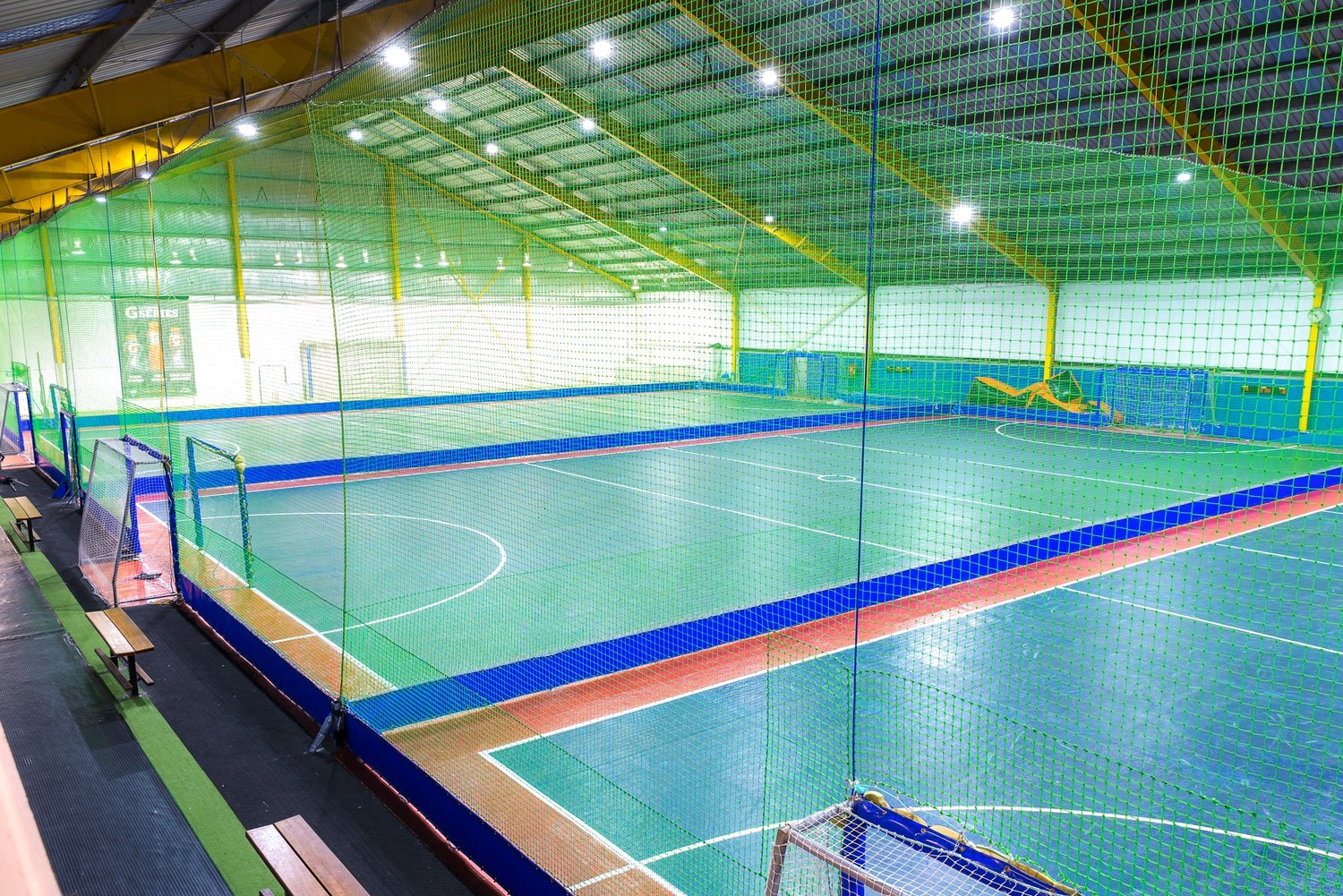 Often, Kids have become involved in Futsal as a way to keep up their soccer practice during the off-season.  However, as a recognised sport in its own right, Futsal can be played throughout the whole year. Getting kids into playing Futsal is an excellent way for them to develope their technical skill and ability.  Also, many world famous soccer professionals such as Pele, Ronaldo and Messi, all attribute playing Futsal to helping their development and performance on the soccer field.

Some of the benefits of getting your kids into playing Futsal include: ? Safe: Futsal restricts physical play and doesn’t allow tackling.  So, it’s generally considered safer than soccer. ? Ball Touches: In Futsal, players get to touch the ball 210% more on average than in a regular game of soccer, which increases a player’s ball competency. ? Ball Control: In Futsal, the emphasis is on control of the ball and technique. Due to limited space, boundary lines, and constant opponent pressure, it is essential to have good ball control skills. ? Speed of Play: With the four-second restart rule and constant pressure from the opposition, Futsal players must learn to think and act fast. ? Continuous Play: Futsal players must continue the play instead of stopping and having time to watch. This can be physically demanding which in turn develops good physical conditioning. ? Knowledge of The Game: With only five players on the field and non-stop action, players are able to develop a thorough technical understanding of Futsal very quickly. ? Framing The Goal: The size of the goal and penalty area assist the goalkeeper in narrowing the angle.  So, players learn to frame the goal and shoot accurately. ? Fun: Above all else, Futsal is a fast-paced, skill-oriented game, makes it a whole lot of fun to play!

Now you know more about what Futsal is and how to play.  So, you may be wondering how do you get your kids into playing Futsal and involved with a club?  There are Futsal programs available in most indoor sports centres and the Australian Futsal Association has details of Futsal clubs and programs offered throughout Australia.

A fantastic way to give your child an introduction into Futsal is with a school holiday Futsal program. Plus, it’s a great way to improve their skills.  Australian Sports Camps run 3-day Futsal Coaching Programs for kids aged 6 to 16 years.

The programs are ideal for both first timers and advanced players.  Your children will learn all the rules of the game.  As well as, key Futsal skills from a panel of experienced, talented coaches.  These programs utilise fantastic, world-class Futsal facilities and are educational, engaging and a heap of fun! Get your kids into playing Futsal today!