Rugby League Football has been one of Australia’s most popular sports.  Having been played here since 1908.  Plus, it’s the most popular winter sport in Queensland.  So, good news.  If you live in Brisbane.  And, your son or daughter is at the age where they are keen to get involved in a rugby league team.  There are numerous kids Rugby League Clubs in Brisbane.  But, please read below as we’ve shared details for five of the best ones.

The Valley Diehards Rugby League Club is the first of our rugby league clubs in Brisbane for kids. Valleys Diehards is located in the beautiful northside suburb of Grange.  Plus, it’s one of Brisbane’s oldest and most successful clubs.  Moreover, it was founded in 1908.  As well as boasting 24 BRL First Grade Premierships. In addition, many champion players have been a part of the Valleys Diehards.  Including, the great Wally Lewis.  However, just as important to the club is the development of their juniors.  As, they believe the juniors are the future and lifeblood of the club. So, the experience for juniors at Valleys is all about participation and fun.  Also, their philosophy is to provide a warm, welcoming, fun environment.  So, that the kids can thrive at whatever they do.  Moreover, The Valleys Diehards, pride themselves on being a family friendly club with a great culture. Lastly, they have junior teams starting from under 6’s.  With, no playing fees for Under 6 and Under Age groups. 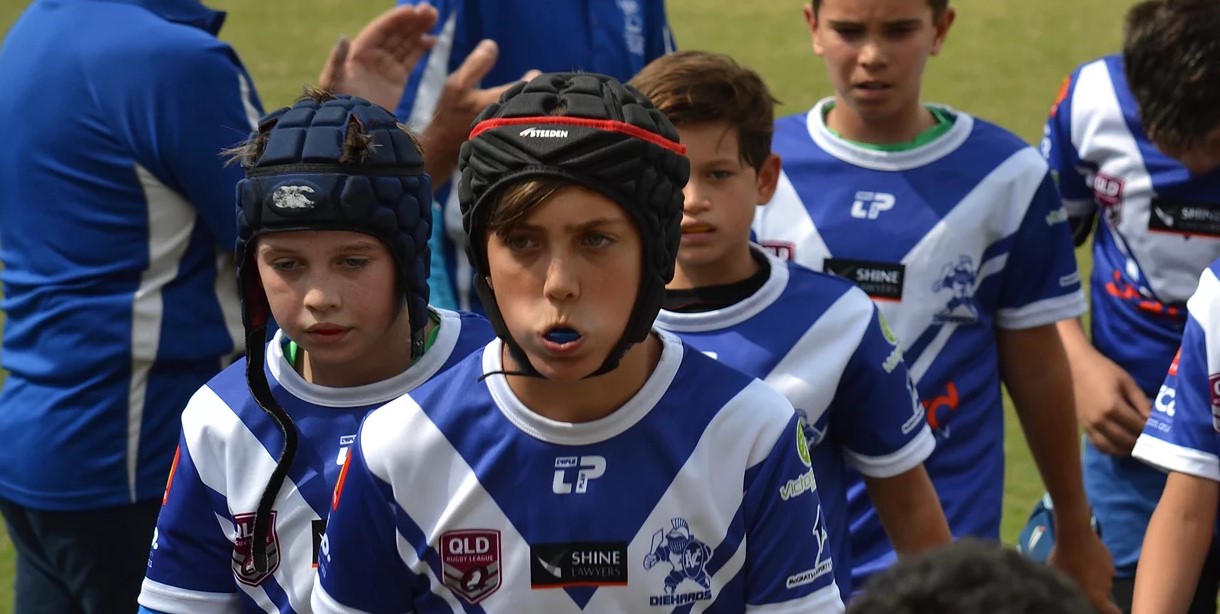 Another great kids league clubs in Brisbane, is the Carina Junior Rugby League Football Club (JRLFC).  Which, was formed in 1958.  Plus, it’s located in the suburb of Carina.  Which, is just east of Brisbane’s CBD. Carina JRLFC aims to use rugby league as a means to influence and educate young people, families and the community.  So, they focus on the positive benefits of healthy lifestyle choices, respect for self, others and the game.  In addition, they emphasize responsible decision making, while providing a safe family friendly environment. The development of their juniors is very important to them and the club’s motto is “Enjoy, Develop, Compete”: ENJOY- For rugby league to be an enjoyable experience and to have fun. DEVELOP- To continually develop the knowledge and skills of the game of rugby league.  To learn to work together as a team.  And, to keep on improving as individual people off the field. COMPETE- To aim to be successful.  By, learning to compete and giving their best effort.  Regardless of the result.  Whilst, upholding their reputation as a strong and proud rugby league club. Capalaba Warriors Junior Rugby League Football Club was formed in 1985.  Initially, as a breakaway club of Redlands Junior Rugby League Club. The Club is located in Bainfield Lane, Capalaba.  Which is a suburb in Redland City, just 19km south east of Brisbane. It’s a family friendly, community based club.  Moreover they aim to provide a fun, safe, enjoyable environment.  One that encourages all participants to reach their full potential.  No matter what their aspirations may be. Also, they aim to develop the skills, attitude and performance of every player.  Also, while recognising that all players have differing levels of rugby league skills and abilities.  So, with this in mind, they endeavour to place players into grades that best suit their ability.  While, nurturing his/her potential. Wests (Brisbane) is another great junior rugby league club.   They’re based at the foot of Mt Coot-tha at Purtell Park, Bardon.  Which is 5km west of Brisbane.  Moreover, they’re one of the oldest junior league clubs in Brisbane.  Also, having been proud to host some of league’s greatest and well known players, since they began in 1939. Wests provide an encouraging environment.  Focusing on sportsmanship, personal development and enjoyment of the game as central themes.  While, off the field, they provide an inclusive, social atmosphere built on family values. In addition, Wests JRLFC is a founding member of the Western Broncos Development Program.  The program has been established from the need to provide development opportunities for both players and coaches.  Also, with the aim of increasing the skill level of junior rugby league in Western Brisbane. 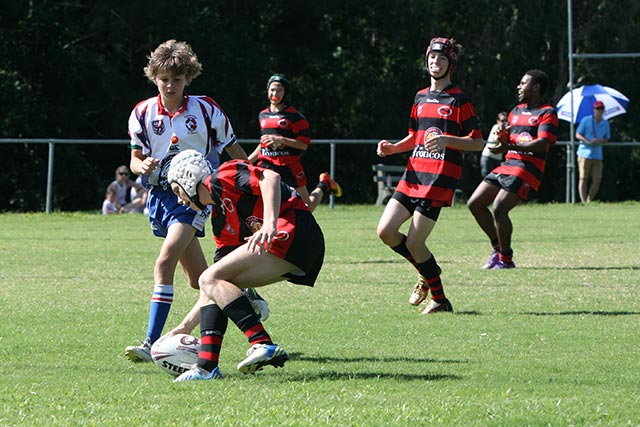 Southern Suburbs JRLC is another one of the popular kids league clubs in Brisbane.  Located at Brandon Park in Acacia Ridge.  Which, is a suburb 15km south of Brisbane’s CBD.  Also, they were one of the foundation clubs of the Brisbane Junior Rugby League to play in the Under 15 to Under 18 grades. Moreover, their aim is to promote and foster junior rugby league in the southern suburbs of Brisbane.  Also, they pride themselves on being an open multi-cultural club.  Providing everyone with an equal opportunity to be involved, regardless of ability. Southern Suburbs have developed the Mal Meniga Academy.  Which, is open to players from Under 13’s to Under 18’s.  In addition, the academy holds training days and sessions throughout the season.  Aiming, to further develop player skills. 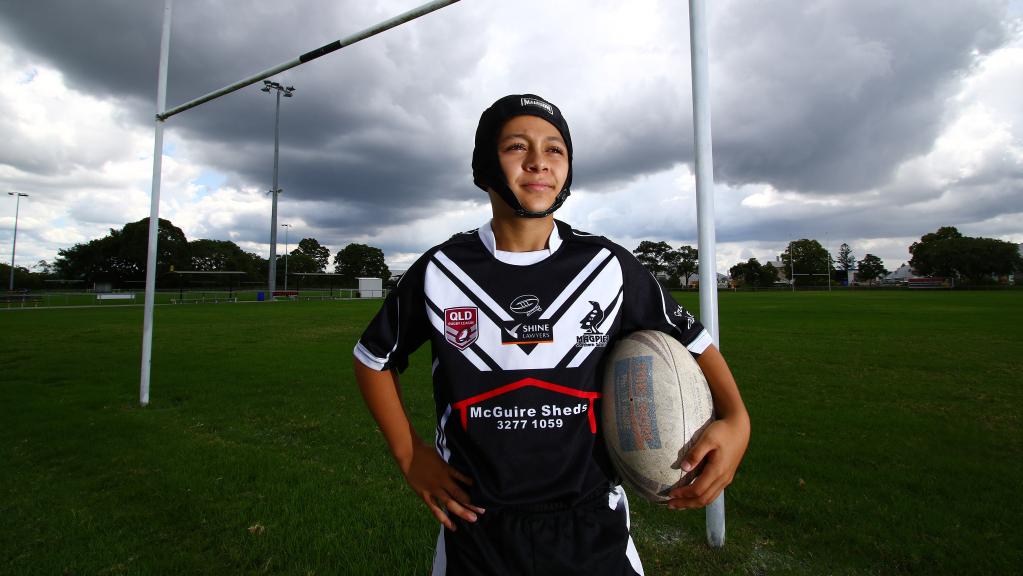 So, get your child to join a rugby league team.  It’s a great way to foster the love of the game.  In addition, enrolling your child in a Rugby League Coaching Camp will further maximise their enjoyment of rugby.  While, improving their skills.

As additional support to club-based coaching, Australian Sports Camps run 3 Day Coaching Camps for 6-16 year olds.  These programs cover all facets of Rugby League within their structured skill development framework.  Also, the programs are run by an experienced coaching panel.  Plus, they utilize top class facilities.  In addition to, special guest appearances by current and former Australian and state players.   So, it’s a fantastic opportunity for your child to meet their sporting idols and make friends.  While, having fun playing the sport they love.  Also, don’t worry if your kid is a already a member of one of the rugby league clubs in Brisbane.  Our camps are still great for further personal and team development!